The Station Works site lies to the south of the village, adjacent to the railway station, and close to key amenities, services and hospitality offers within the village centre.

The site area is 4.18 hectares and consists of four buildings comprising vacant commercial floorspace and a cookery school set in hard standings on two levels.

Along the eastern side of the site is a steep embankment rising to agricultural land on a higher plateau. At the northern and southern ends of the site are areas of woodland.

There are currently two vehicular accesses into the site from Jobbers Lane. 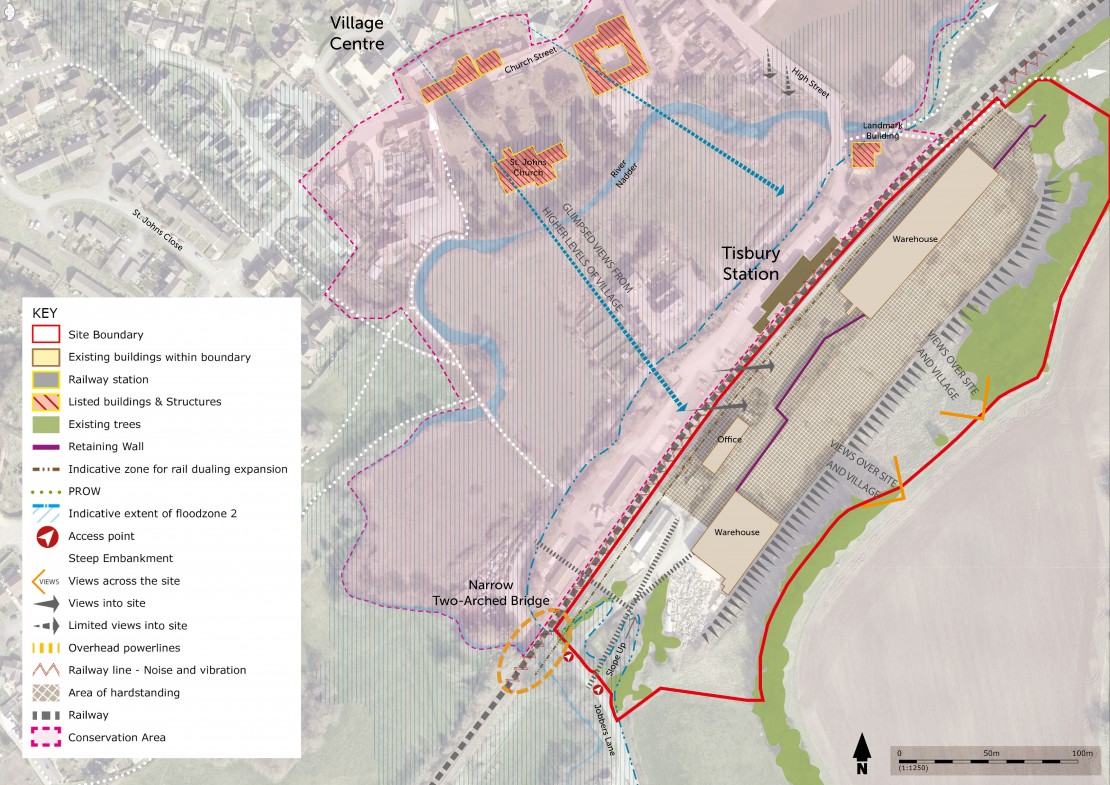 There are currently two vehicular accesses into the site from Jobbers Lane.

The shape of the site is long and thin, with vehicular access only available at the southern end. there are currently two vehicular accesses, however, visibility splays are poor from the western access. Access is further constrained by a narrow two-arched railway bridge on Jobbers Lane, under which the carriageway is within the flood risk zone.

A public footpath currently passes through the north-western part of the site, crossing the railway over a pedestrian-only crossing.

The existing commercial properties are built on platforms at two different levels excavated out of the natural hillside, with a steep embankment around the eastern edge.

The railway is currently single track only through Tisbury. The station platform is situated on the northern side of the railway. The Neighbourhood Plan expresses a desire for future improvements to the station and possible dualling of the line, however no formal plans for this currently exists.